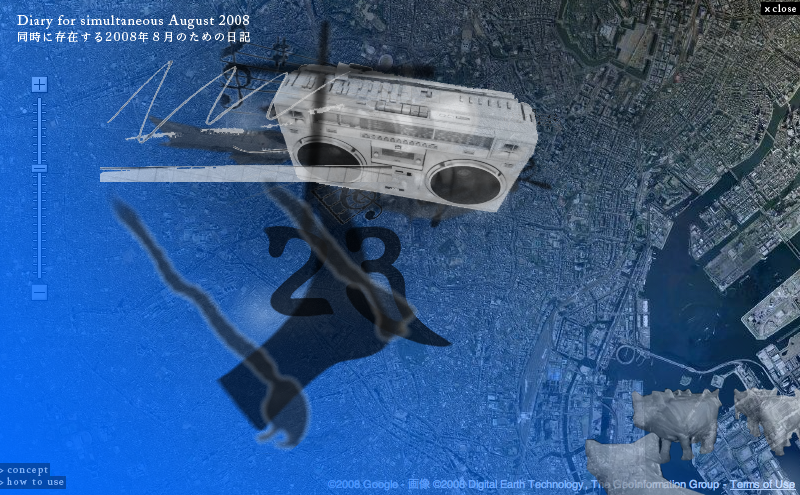 When will a diary compose music?
When will a conversation roll a film?
Our perceptions gather where? To evaporate where?

Acting as a patient with a memory disorder, I keep asking “Who am I?” (*1)
Interposed between yesterday and tomorrow is everyday. In a diary full of holes, apertures let out; loud whispers, foolish shout.

My self in inverse is my reversed self.
Me in reverse is still myself, indeed.

Any sound is music: an uttered word is a past waiting to appear.
All audible sound – that includes silence (*2) – amplifies its recorded self to be played in the future.
In simultaneous August, a diary of Tokyo’s all-at-onceness will be played to be repeated.

My father bought me a CD player, my first one. It had a button «A→B».
I could choose Point A and Point B of a song, between which was played on endless repeat.
«A→B» was my favourite button. In fact, I listened to only «A→B», giving life to all CDs, to which I lost interest already upon owning them.