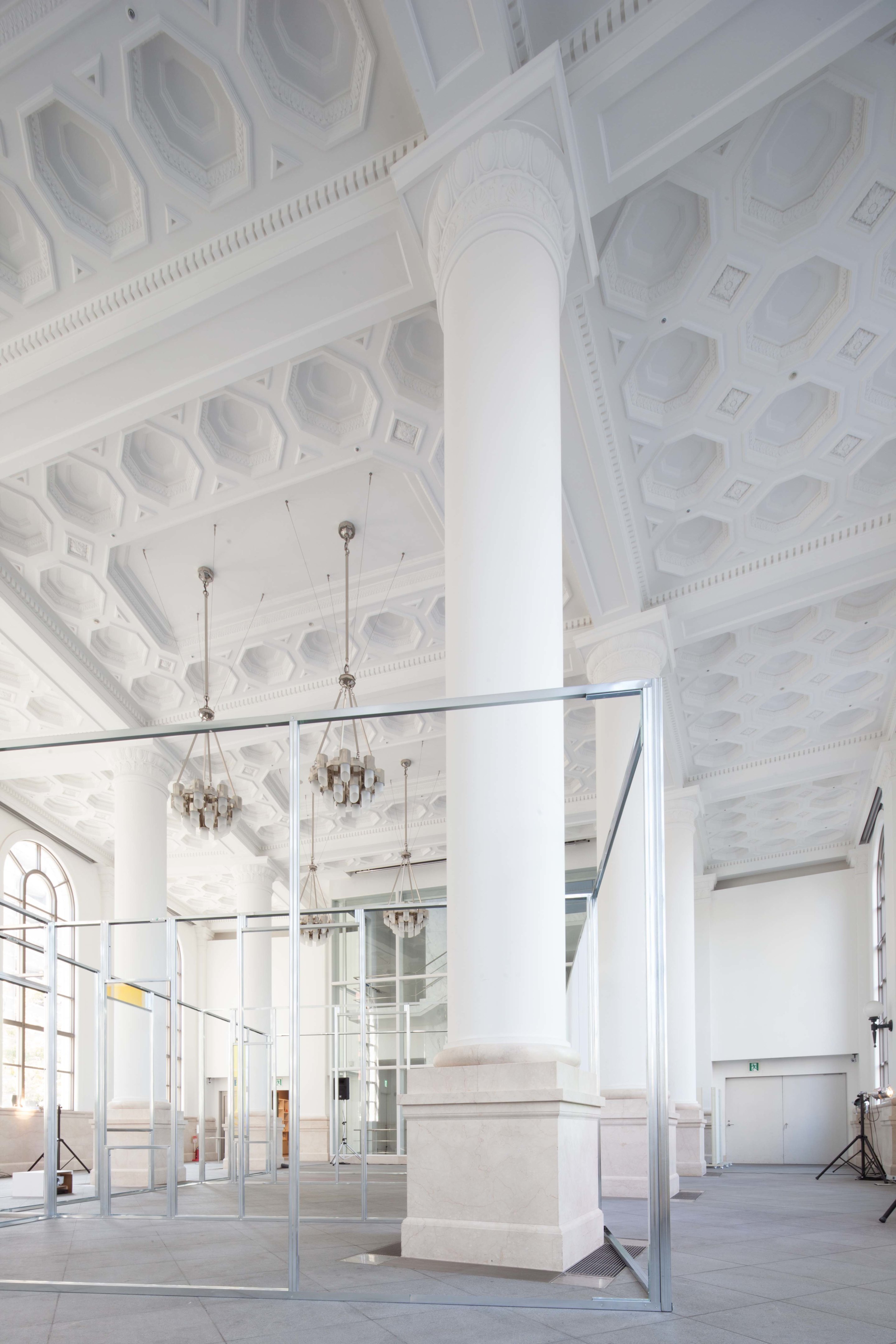 “Megumi Matsubara & Nástio Mosquito” is a work consisting of installation & performance.
Commissioned by Yokohama Arts Foundation, on the occasion of an event Sound/Art – Tuning in to Africa that aims to introduce contemporary cultures of Africa to Japan through arts, Morocco-based Megumi Matsubara and Angolan-born Nástio Mosquito, two artists who constantly defy stereotypes, will delve into the essence of what culture is, and what it means to meet someone else. The fleeting, illusory sounds and lights that they have conjured will turn the first floor of the YCC into a space where encounters both simple and complex will unfold.

.
What is an encounter? There are encounters everywhere.
We encounter countries, lands, people. When we meet someone, we get to know all the various things embedded within that person and start thinking about them.

Megumi Matsubara, who was born in Tokyo and now lives in Morocco, expresses thoughts and ideas in the form of spaces. She digs deep into the relationships that exist between all sorts of phenomena, creating environments as if to exhaust words, conveying something of the invisible colors that hover there. Although the space that emerges exists in her own mind, it is a space that even she is encountering for the first time.

Nástio Mosquito, who was born in Angola and is now based in its capital city of Luanda, draws on all sorts of different mediums including his own body in order to give a concrete form to thoughts and ideas. Even when he deals with intense emotions like anger and violence, he desperately yearns to encounter the inexplicable, higher power that love represents. This is the profound force that moves and stimulates him.

Megumi and Nástio exchanged words for the first time this January. They show us how the trajectory of their encounter took shape, as though it was the only natural thing to do. The process of getting to know each other, however, does not unravel as a linear story, but rather as a unique space of encounter. The speculative thoughts and emotions involved in meeting someone — confusion, anxiety, and hope — become transformed into sound, light, and words that fill and occupy this space.

The bodies of these two people no longer exist in this space. The space itself has transcended the boundaries that exist between physical beings, and become their “body”. We wander and roam through their body, thinking about just how strange and miraculous it is to meet somebody.

.
The installation is composed of one-to-one scale line structure of Megumi Matsubara’s own apartment that exists in Fès, Morocco, constructed by LGS (Light Gauge Steel), and light, images and sound that interact with it, boxed within the triangle-shape venue. The original architectural plan of the apartment is mirrored to receive the sunlight that enters from the opposite direction at the venue. Surrounding the structure, a gap space between the apartment and the building interior itself adjusts the inconvenience of this attempt. The performance is staged by Nástio Mosquito and Megumi Matsubara with four performers interacting with the installation and the audience.
The entire experience is about the true issues on relationship; tension that comes from the fact of being between two bodies, their negotiation, engagement, consequence and possibilities.