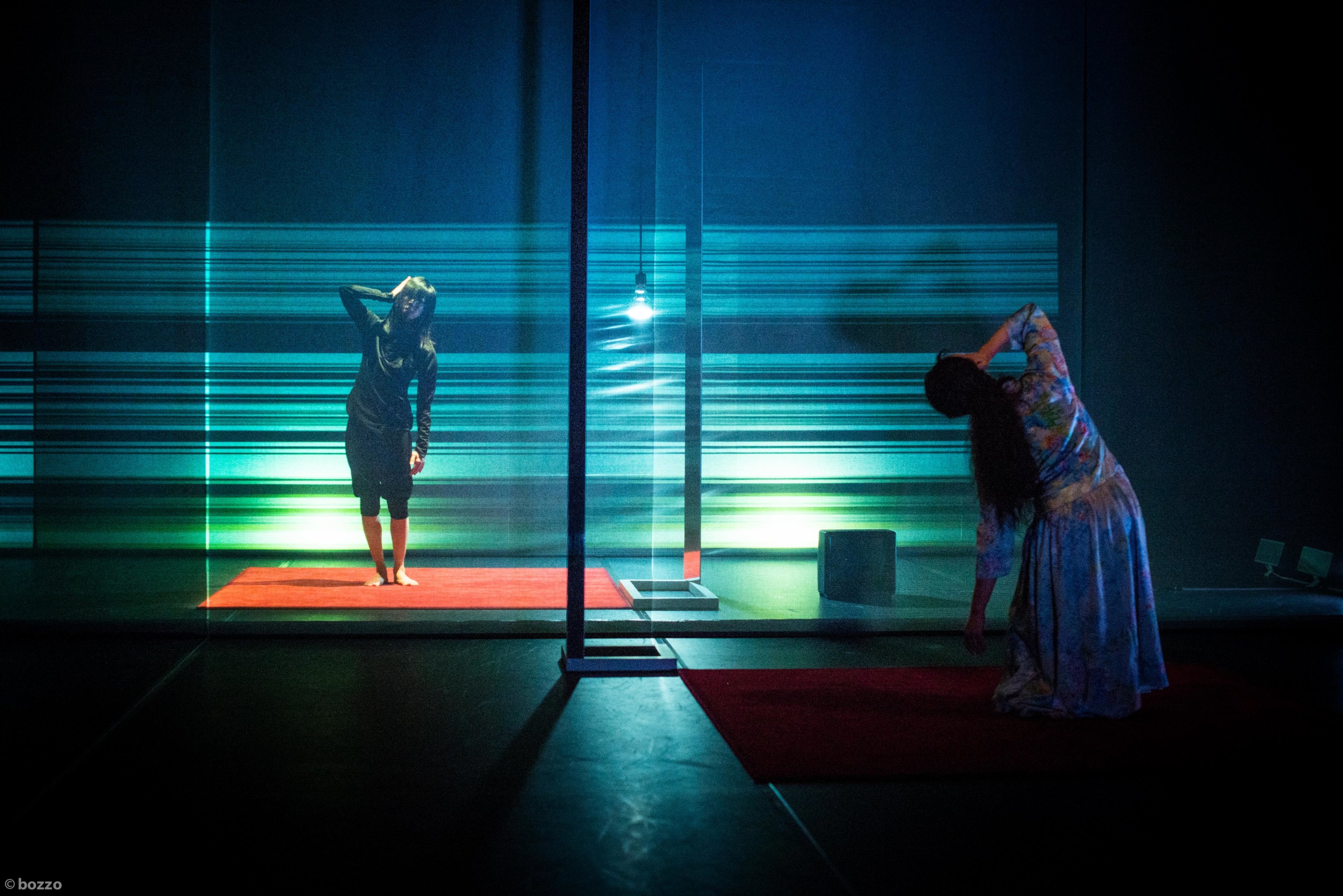 Seeing Red is a performance piece initiated and directed by Takayuki Fujimoto, choreographed by Jung Young Doo, with scenography by Megumi Matsubara. Performance premiered in Yokohama, Japan in December 2014.

The title is taken from Nicholas Humphrey’s book that explores the sensation created by the act of seeing red. What’s involved in “seeing red”? “Consciousness matters,” Humphrey concludes with striking paradox, “because it is its function to matter. It has been designed to create in human beings a Self whose life is worth pursuing.” Deeply inspired by this paradox, the performance piece challenges the very act of “seeing”. Through exploring the act of “seeing red”, we challenge our consciousness with which we create a Self in us as a basis of human value that connects with other Selves.

The piece has already been developed since 2011, previously shown as α & β versions in Dec 2011 and Dec 2012 in BankART Yokohama. This version became the third version of creation and the first one that Megumi Matsubara joined to create its scenography to be developed as a public performance.

Takayuki Fujimoto (Japan): Director & Lighting designer
He has been a member of Dumb Type since 1987 and works internationally both as director and lighting designer. After 2003 he has participated primarily as the lighting designer in performance and multimedia works by a number of overseas artists that make use of the unique potential of LED lighting. For his latest work “Node/The Old Man of the Desert” that travelled to KAAT, Aichi Triennale, and Hong Kong in 2013, he worked with performer Tsuyoshi Shirai. Since 2010, Osaka’s oldest Noh theater, Yamamoto Nohgakudo, has been collaborating with Fujimoto on a series of innovative productions. In his working process he actively employs the latest digital technologies in works for the stage with the aim of creating new circuits to connect directly to the audience with no less strength than the connection created by the live stage experience.

Jung Young Doo (Korea): Choreographer
Jung’s career started in the 1990s as an actor in a theatre group that specialized in socially conscious plays. He studied at the School of Dance in the Korea National University of Arts, and founded Doo Dance Theatre after graduating in 2003. Jung won the Grand Prize for the solo and duo competitions at the Yokohama Dance Collection and the Laureat du Prix de L’Ambassade de France for young choreographers (2004). He has been very active worldwide as well as in Japan through works such as “In the pauses of the wind” which he choreographed, or “HIROSHIMA-HAPCHEON” by Marebito Theater Company for which he participated as a performer.